[Our blog celebrating International Women’s Day was written by Ailis McSweeney - Head of Product Engagement at PepTalk, a qualified lawyer and a former sprinter who represented Ireland at World and European level.]

International Women’s Day has been around in various guises since 1909. But this year’s IWD is striking a number of different chords with us in PepTalk.

First and foremost, we support the ideals behind celebrating the contributions that women make each and every day in the social, business, cultural and political arenas all around the world. While we can see progress towards equal recognition and opportunity, unfortunately, we still need to stand up and shout about it in many corners.

So we are, and we will continue to do so.

On March 8th you can expect to see lots of images with women (and men) holding their hand up as they #ChooseToChallenge for #IWD2021. A challenging world is an alert world. And from challenge comes change.

Women in leadership: Achieving an equal future in a COVID-19 world

Since 1996 the United Nations have been choosing a theme to champion on IWD. This year, their theme is òne that we are particularly passionate about at PepTalk focusing on “Women in leadership: Achieving an equal future in a COVID-19 world”.

Promoting women in leadership is something that I am personally passionate about. Within PepTalk, I play a role in building our Leadership Lab with organisations and their people leaders - focusing on the human-centric approach to leadership and caring for employees through managers and teams. Our monthly TeamTalk for March encourages leaders and their teams to have a discussion on gender bias in the workplace and the efforts that their organisation is making and can make to support diversity and inclusion in the workplace.

Gender bias in the workplace

The historic gender bias for male leaders still persists in most areas. In recent decades women have broken through the glass ceiling into the upper echelons of the company hierarchy. But we’re far, far away from being able to des

If we look at the US labour market, qualifications are not the reason so few women have made it to the top of the business world. Since the early 1980s more than half of the bachelor’s degrees from US third level educational institutions have been awarded to women. That has risen to about 57% of bachelor’s degrees in 2019.

So you can see, the #ChooseToChallenge hashtag is very appropriate.

Women being forced out of the economy

The UN theme for IWD 2021 also focuses on the impact of COVID-19 not only on the world but on female employees, leaders in particular.

Prior to the pandemic women were already doing most of the unpaid care work and domestic chores in the household. A UN survey revealed that for every one hour of unpaid work done by men, three hours was done by women - 12 billion hours of unpaid work - none of which is recorded in the official GDP/GNP economic data.

With ‘stay at home’ orders and WFH (working from home) being enforced in a lot of economies, the pressure on women to perform both professionally and domestically has seen their unpaid hours possibly double according to UN Women Deputy Executive Director Anita Bhatia.

"In the month of September alone, in the US, something like 865,000 women dropped out of the labour force compared to 200,000 men, and most of that can be explained by the fact that there was a care burden and there's nobody else around," said Bhatia.

And this is why we need regular reminders beyond IWD that inequalities are not only persisting but getting worse in some situations.

We must #ChooseToChallenge or all the progress, limited as it may be, could be lost. This year’s IWD hashtag is a reminder that we are all responsible for our actions and the impact we can have when we choose to challenge biases.

My sources of inspiration

The women on my radar who have challenged the status quo, particularly around gender bias, have influenced my decisions and attitudes and my own readiness to challenge. If I’m honest, the actions of these women and their refusal to accept unfair situations and behaviours has often served as a reminder to me that choosing to challenge is not about ‘being difficult’ but about basic equality and paving the way for others to inhabit a fairer world.

I had the privilege of being coached on Irish relay teams by Ireland’s first female Olympian, Maeve Kyle. Maeve has the distinction of being known as the Irish suffragette of athletics. Branded as a ‘disgrace to motherhood and the Irish nation’ by one angry letter writer in the broadsheets, she ‘left’ her husband and child to represent Ireland in the 1956 Olympics Games in Melbourne.

Maeve went on to compete in two more Olympics Games and won a European bronze, eventually being ‘allowed’ to run further than 200m when it was no longer considered ‘dangerous’ for her sex.

As young female athletes, Maeve instilled in us a belief in our equality with the men's teams - as well as a competitive instinct to outperform our male counterparts that was all kinds of fun but, in reality, spoke to the challenges we might need to overcome in earning equal recognition for our equal achievements.

As a law student in university, it seemed from our female-dominated lecture halls that gender equality was not a concern. Beyond the university gates, it quickly became clear in the male-dominated partnerships and court benches that the professional world was catching up slowly.

If you are ever wondering whether you should choose to challenge, remember the words of an early abolitionist that the late Ruth Bayder Ginsburg quoted in her first argument before the US Supreme Court

“I ask no favour from my sex. All I ask of our brethren is that they take their feet off our necks”.

On leadership she was equally pithy:

“Women belong in all places where decisions are being made. It shouldn’t be that women are the exception”.

Having risen to the US Supreme court, "The Notorious R.B.G." became famous for her dissents in a number of high profile cases. Most famous was the Ledbetter v. Goodyear Tire & Rubber Co. in 2007.

Lily Ledbetter had joined Goodyear in 1979 on the same basic pay as her male counterparts. By the time she retired her pay was significantly lower than 15 male peers. The lowest paid of the 15 was receiving a salary of 115% per annum larger than Ledbetter’s. The highest-paid was receiving a salary of 140% larger. Title VII of the Civil Rights Act of 1964 protected employers from being sued over race or gender discrimination if the event took place 180 days or more before the claim.

Ginsburg dissent ultimately resulted in US Congress proposing the Lilly Ledbetter Fair Pay Act in 2007, which President Obama signed into law in 2009.

Throughout our lives and careers, we all have influencers and mentors, however subtle or overt, those who help illuminate the paths we want to take ourselves and make us realise what might be possible.

My mother worked full-time as a teacher while raising four children. I have strong memories of her correcting copybooks at the kitchen table in the evenings long after the school day was done.

In the world of athletics women and men are much more equal than in other sporting arenas, but yet many subtle inequalities still exist in terms of sponsorship, publicity and support.  As an athlete, I always admired my long-time training partner, Derval O’Rourke, for her ability to speak up for herself and demand equality from ‘the system’ with male athletes. She was often seen as someone who rocked the boat and disrupted the establishment …  choosing to challenge on a daily basis.

Now and in the past, I’ve been a director on the boards of organisations with strong female leads, Miriam Malone on Paralympics Ireland, Mary O’Connor and formerly Sarah O’Connor of the Federation of Irish Sport (managing SDSI). Their path to leadership and support of other women leaders has been a model worth emulating. Finally, our co-Founder and COO at PepTalk, Michelle Fogarty, is a passionate advocate for humanity and inclusion in the workplace. She promotes those ideals on a daily basis, championing equality both within PepTalk and through our program and product, unafraid in calling out bias at the moment and reminding us all that living the values we promote externally is our pathway to success.

These are my inspirations when I #choosetochallenge. As Michelle Obama said,

"There is no limit to what we, as women, can accomplish.”

Sometimes, we just need a small reminder of that and International Women’s Day provides it for some of us. I hope you can find and share inspiration on this International’s Women’s Day and in your workplace, every day. 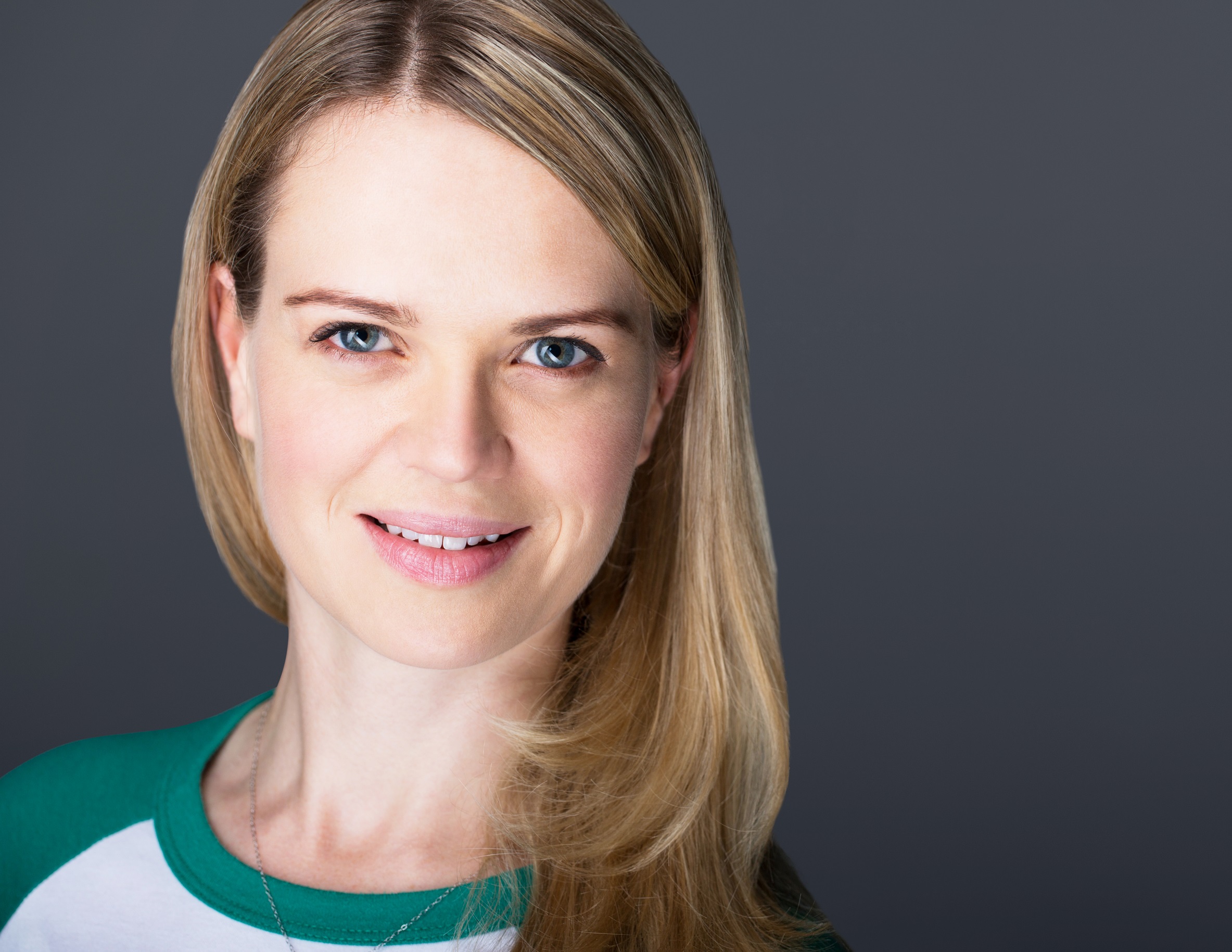 View all posts ›
Ailis McSweeney
Head of Product Engagement. Ex International Sprinter. Lawyer, Mum of 2, Usually Hungry and Happy.
Follow on
TwitterFacebookLinkedInWebsite
Join the conversation
Let's make work better! Sign up for our Newsletter here.
Thank you! Your submission has been received!
Oops! Something went wrong while submitting the form.